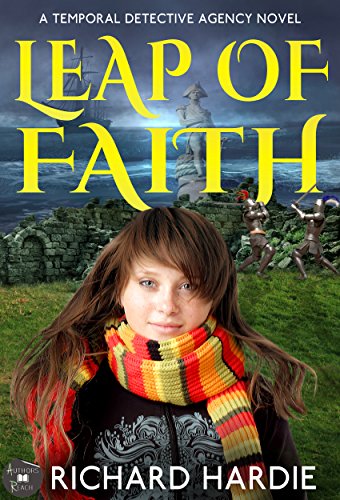 Merlin is a good looking woman and madly in love with Arthur, but that’s only the start of the story.

Tertia, Unita and Marlene know what they want to be... detectives with a difference. Bored with the lack of opportunity in 5th century Camelot they start up the Temporal Detective Agency and use the great Merlin’s Time Portal to relocate from Camelot to the 21st century mostly because the cases are more interesting, but also because the toilet facilities are so much better.

Things start slowly until one Sunday morning Tertia finds herself replacing Nelson’s statue in Trafalgar Square, involved in the thefts of the Koh-i-noor diamond and the Mona Lisa. The Agency follows the trail to South Wales in 1734 where they come up against a gang of vicious smugglers and deadly ship wreckers led by their deadliest and most unexpected enemy.

Help comes from an unexpected source, but the Temporal Detective Agency’s first case could prove to be their last!
Action & Adventure
Detective
Fantasy