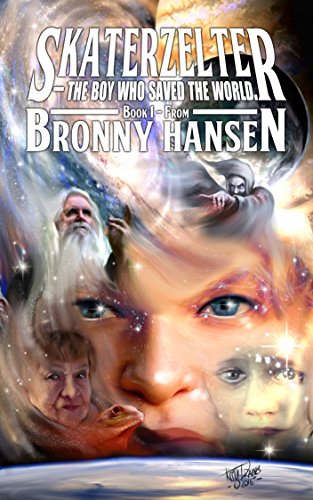 Ludi is an ordinary boy – for a Lowinsor Master born and bred top save the world. By the time Ludi was 13 there was no doubt he was a boy with powers never before seen among his clan, a very special breed of magical creatures sent to Earth to protect it from The Vortex that threatens all of existence – everywhere.

With the help of a Smitoffer, a magical creature that protects specials, called Phil; the gifted, eccentric and slightly confused Aunt Agnasina; the Spirit of his Grandfather, imprisoned in another dimension for decades, and a bracelet given to him by his mover bearing the legend “Of all people you are the greater, and of no people are you the better Ludi takes on forces never before known to man nor beast”, Ludi takes on the Coming of the Vortex. He is helped hone his powers in a class run by Professor McGnaw, the Keeper of Care.

Ludi has magical powers and when he gets angry his curses often stick to those who do him or his family ill. Even when the family move to a protected enclave the evil Master Mustra and his underling Mordi Se follow to take the child before he can save the world.

This is a book full of battles between good and evil and questions about the nature of these two states. It is also about how, when the good work together, they can make a difference to all time.

The story is set across many dimensions and worlds and through a turbulence of time and space with characters and beast that have existed for millions of years.
Action & Adventure
Fantasy
Space
Science