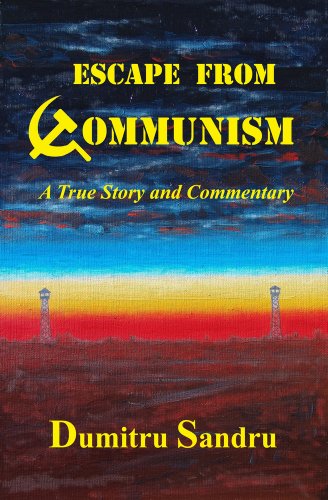 Life under communism is cruel and inhumane. Commit the smallest political infraction, and the secret police will arrest you. The only ray of hope is the West, but getting out from communism is difficult. Communist countries have a “Berlin Wall” around them. It is a crime to escape by crossing the border illegally, and anyone caught is beaten and imprisoned, sometimes even shot. I was eighteen, and I was living in hell. However, I would rather have died than keep living as a communist slave. This is my story of what happened and how I reached freedom.

"Mr. Sandru has the ability to translate the complex  into simple one simple truth ...  liberty is the most valuable asset any individual has, hold on to it with your life!" By Kathi Herman Photography

"A dream for freedom, a daring escape, and lessons to learn...

This is the fourth excellent book I've read by Mr. Sandru. I loved this book as it painted a very clear picture of what life is like under communism. While he writes in a style that keeps you wanting to read more, he also has you stopping to think..." by Julie Blaskie
Action & Adventure
Political
True Story
Biographies & Memoirs