Meandering Scribbles of an Old Fart 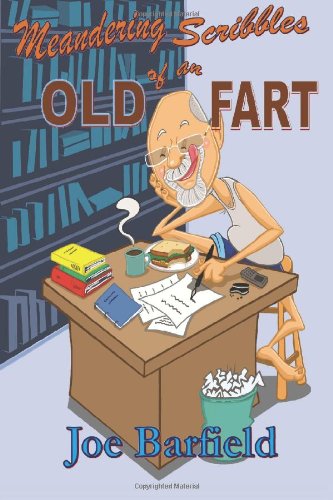 People need to look at their government. I have written articles for over 20 years; from the first Bush to Obama. We have problems we need to face and quit sticking our head in the sand. It's okay to be a liberal or a conservative, but neither exists in our government today. Our politicians do everything but what they were elected to do: Represent the People. If you are open minded you will enjoy this. If you've only voted one party all of your life then don't download this book. Stop to look at what our politicians are doing today. If you are an open minded Christian you might enjoy this. And if you are you must admit God is probably not too happy. Atheists are offended. Everyone should be offended that they are offended. When talking about being Christian in the military becomes an act of "treason," then we have bigger problems. America has spent so much time protecting each individual’s rights that no one has any rights. Throughout history every great empire has collapsed; there have been no exceptions. To all the military living and dead who served the United States of America, with honor and sacrifice for freedom and their country, may the actions of Congress and our Presidents not make their dedication in to God and country in vain. WARNING! This is for mature audiences so if you’re a Democrat or Republican who always voted the same ticket, this is not for you, because it means you are incapable of thinking on your own, so I’d rather you not buy it. If you are a frustrated American upset with the current administrations then you may find these scribbles quit enjoyable. Should I Forget A simple reminder, since I might forget. These are scribbles of an Old Fart and you may find repetitions. This is due to “Oldheimers.” DISCLAIMER Any resemblance to political persons in office is purely intentional. FOR PETA’S SAKE! For your peace of mind let it be known that NO animals were injured during the making of these meandering scribbles. GIVE ME A BREAK! I’m not a racist, and I’m not a terrorist, I’m just trying to be funny and open your eyes to other solutions. If you have better ideas then you write a book. FINAL WARNING! Before you read this I must remind you that you have three choices. You can only pick one so be careful. You are a Democrat, a Republican or an American. If you picked one of the first two then don’t get this book and if you do then don’t complain. Americans tell the truth, the other two don’t. Offended yet? You will be; unless you’re an American. FOR OBAMA I’M AMERICA’S BIGGEST THREAT I’m a white, Christian, heterosexual, and I believe in traditional marriage. I am America’s Biggest Threat. Get Over It!
Political
Humour
Religion & Spirituality