Rise of The Supreme 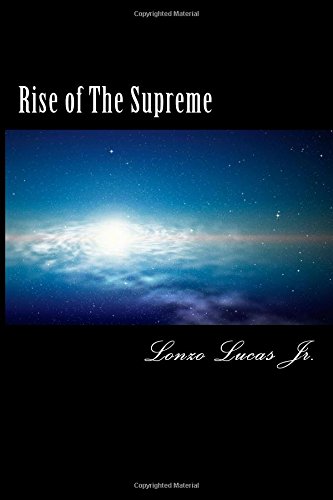 Rise of the Supreme - Astrophysicist, Dr. Gornam Rand, who while conducting a routine photoscan from images taken by a space probe stationed just off of Pluto makes a shocking discovery. The emergence of a wormhole followed by the presence of alien beings from another galaxy bent on taking what they feel is rightfully theirs, the planet Earth. Dr. Rand and his staff try everything at their disposal to uncover and neutralize this threat but only through the assistance of a mysterious and ultra-powerful being does Dr. Rand realize that the power to turn back the invaders resides inside of him. Meanwhile four other beings posing as everyday citizens are discovered to be living on the planet and forced to reveal themselves; this sets off a chain of events culminating in the uncovering of a major conspiracy from a trio of beings known only as the Axis of Evil. Will humanity fall at the hands of the evil Draconian empire?
Action & Adventure
Contemporary
Science Fiction
Space
Thriller
Arts & Entertainment
Science