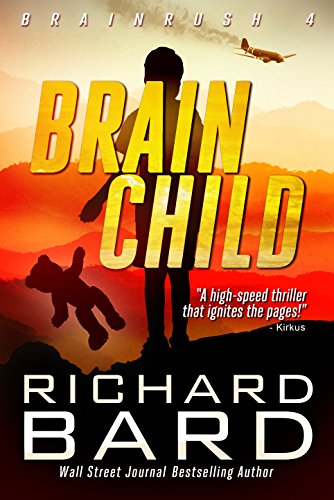 A gifted boy forced to grow up too fast... A father who will do anything to protect him... A madman bent on destroying them both.

In Amsterdam, a visionary scientist is laying the groundwork for a cybernetic life-extension project that will transfer individual consciousness to a personalized avatar. Halfway around the world, his brilliant grandson is secretly planning to use the same technology to infiltrate the world's most secure networks. But the scientific advances necessary to perfect the brain-to-computer interface are slow in coming, too slow for the aging founder of the Everlast foundation--who may die before realizing his dream of immortality--and too slow for his ruthless grandson, who will stop at nothing to attain the recognition that is his birthright.

Caught in the middle are Jake Bronson and his seven-year-old son, Alex, whose combined mental gifts might provide the key to leapfrogging the impasse.

In Everlast (book one), when Jake's family and closest friends are simultaneously abducted in a globally coordinated kidnapping scheme, he races across two continents in his search for them, unaware his hostage son and teenage siblings have crash-landed in the jungles of South China, where they must find every ounce of their courage and wits to survive the wilds and escape the ruthless drug lord who is hot on their heels. Can a seven-year-old boy learn to kill to save his family?
Action & Adventure
Coming of Age
Mystery
Suspense
Thriller