Earth and Beyond: MedSci Missions 1 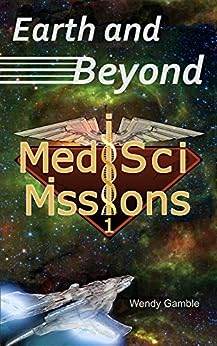 Earth had achieved a semi-utopia until aliens destroyed the peace that took decades for hacker revolutionaries to build. After a bizarre robot occupation leading to all-out war, humanity was left with a deadly alien pandemic. Their possible salvation lies in a team brought together to search for a solution beyond the stars.
The mysteries of genetics and microscopic entities, along with the wonders of the future surgical scene are at the heart of their quest, with the soul coming from the vivid characters who explore them.
As their journey into deep space begins they encounter obstacles and battles of wills as they strive to survive the harsh and not-so empty space on the way to their distant goal. Together, the hand-picked team deals with technical problems, illness, personal issues, and secret elements of Earth’s warring bio-tech ideologies as they kick off their mission to save Earth.
Action & Adventure
Crime
Historical
Horror
Medical
Mystery
Police
Psychological
Romance
Suspense
Speculative
Science Fiction
Space
Thriller
Arts & Entertainment
Computers & Technology
Military
Professional & Technical
Programming
Relationships
Science
Social Sciences
Sports Outdoors
Travel
Wild Life & Zoology 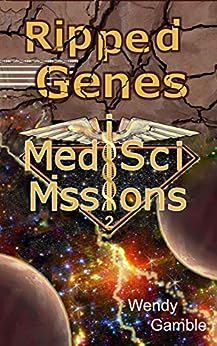 Video trailer for Earth and Beyond: MedSci Missions 1