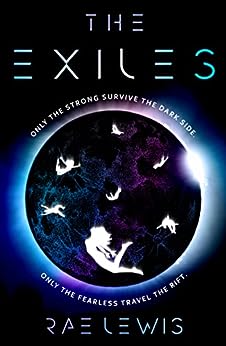 For 17-year-old Saphy, an orphan hailing from the chaotic city of Crisium, there is no choice. The 2249 graduation is imminent and the draft is mandatory for all Lunariians. If Saphy isn't recruited by one of the seven Guild corporations, she'll be shipped to the deadly solar mines.

The Fortuna corporation dominates on the dark side. For 134 years, they’ve guarded the spatial rifts between Terran and Lunarii, ever since the Reckoning that decimated their planet, and the exile that saw technology outlawed. Fortuna do not recruit outsiders. Until now.

Enter Kepler, a cynical Legionnaire General's son from the unyielding city of Humboldt; Cleo, a socially awkward engineer from the innovating Imbrium City; and Riff, a neurotic medic from the drug-addled city of Serenity. Forced to leave everything they know behind, Saphy and her new squad must survive the perilous Fortunan training regime, and fight for a future they could never have foreseen.

Yet, someone is determined to stop them succeeding at any cost.

Change is dawning in Lunarii and long buried secrets begin to surface. The new recruits don't know who to trust, least of all in each other. When a switch in Fortunan leadership threatens to derail their progress, together they uncover a conspiracy with the potential to destabilise the entire Guild.