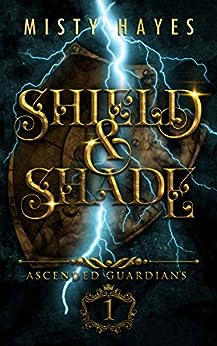 For fans of STORM AND FURY and MORTAL INSTRUMENTS. The Ascended Guardians series is a supernatural thrill-ride that never lets up.

It’s been over ten years since fifteen-year-old Zoey Taylor wandered away from her family home in the middle of the night. Or so she’s been told, repeatedly, by her mother—but the only thing Zoey knows for sure is that when her older brother, Corinth, found her in the woods, safe and unharmed, she returned with a crippling fear of the dark and no other memories from those lost days—except strange flashes of sharp teeth and red-flaming hair.

Since that time, she’s become a star pupil and is on track to graduate early … if, and that’s a big IF, her overprotective family doesn’t get in the way of her dreams first.

But when one of the wealthiest, enigmatic philanthropists on the planet—Gabriel Stanton—shows up on her doorstep on Thanksgiving Day and reveals the truth about what really happened to her all those years ago, it completely shatters her perception of the world.

And the story isn’t anything like what she’s been told.
Coming of Age
Fantasy
Horror
Paranormal
Suspense
Thriller
Vampires