The House Near Fallowfield 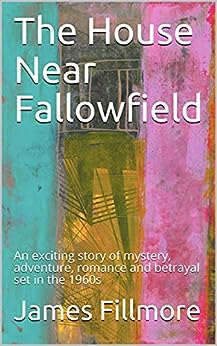 The sombre clouds of the postwar are now in the past. But the shadows remain. After the recent death of her father, Frankie, a young English widow living in the US, returns home and becomes entangled in a war mystery.

Strange men follow her, watch her and Frankie starts fearing for her life.

Looking for the answers, she meets Albert, a mystery author who lives nearby and ventures to help her. When they get themselves caught in the middle of a dangerous international plot they find out Frankie's father was involved in a bizarre puzzle.

She is dragged in as the key to its solution.


"The House Near Fallowfield" is an exciting story of mystery, adventure, romance and betrayal set in the 1960s.
Action & Adventure
Crime
Detective
Espionage
Suspense
Thriller

Video trailer for The House Near Fallowfield