Mystery of the Khar Chuluu by Wilson Whitlow 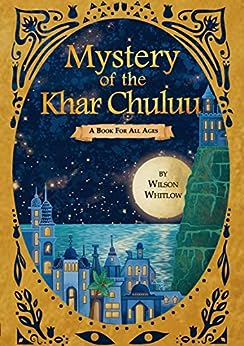 Chul Sun is on the run. With his lightning speed, he has stolen a small black stone called the khar chuluu. He doesn’t know what it does, he only knows that he must keep it from the man who sent him to steal it. Anita Aminou comes from a powerful magical family. Burning to prove herself, she runs away from home in hopes of unlocking a dark power she believes can save her family from destruction. Together, Anita and Chul will cross deserts, seas, and mountains in search of the secret of the khar chuluu. Its magic will lead to a place they least expect: Chul will learn the secret of his past and Anita the limits of her powers.
Action & Adventure
Fantasy
Mystery