The Ingenious and the Colour of Life 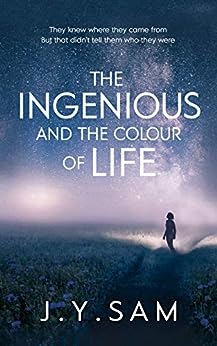 From a beguiling new voice in contemporary fantasy/sci-fi comes an astonishing novel about a group of mysterious children with the power to change lives...

Ever since young Milly Bythaway can remember, she’s had to hide who she really is – dumbing down an extraordinary genius in order to blend into the background. 14-year-old Tai Jones has been abandoned by his mother and forced to live as a homeless wanderer, but the appearance of a stray cat helps him realise he has a special gift: he can see thoughts and emotions of others in stunningly beautiful colours. A gift that is both wonderful and awful.

When the teenagers are brought together by a mysterious old scientist for their own safety, they are told of a common and forgotten past. One of secret experiments, and a missing family that they yearn to find. But they soon hear of the disappearance of another child, the youngest, and are faced with an impossible dilemma. Saving themselves will require confronting their deepest fears – only to uncover something ominous hidden in the dark...

But if they can muster the strength to overcome adversity in inventive and ingenious ways, it will bring about the most extraordinary and unexpected change. In the end, the children must work together, unleashing the full force of their intellect and genius, in an epic battle of the world's greatest minds.

The Ingenious and the Colour of Life is J.Y. Sam’s beautiful and heart-rending debut – a story that explores the fragility of human nature, with a dash of science, culture, and the natural world, engaging both mind and heart in an eclectic blend of genres.
Coming of Age
Contemporary
Fantasy
Literary
Mystery
Psychological
Suspense
Science Fiction
Thriller

Video trailer for The Ingenious and the Colour of Life