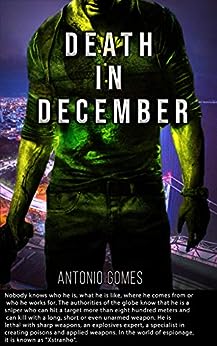 Nobody knows who he is, what he is like, where he comes from or who he works for. The authorities of the globe know that he is a sniper who can hit a target more than eight hundred meters and can kill with a long, short or even unarmed weapon. Your targets may be at a distance or die with your breath on your face. He is lethal with sharp weapons, an explosives expert, a specialist in creating poisons and applied weapons. In the world of espionage, it is known as "Xstranho".

Follow the Brazilian and international authorities in this thriller that leaves nothing to for the best texts of the genre.

A series of apparently disconnected murders draws the attention of a police chief shortly before the largest meeting of the leaders of the Americas, the Mercosul Meeting, where prominent leaders and world officials will be present. There is some- one willing to make this meeting a failure. What would be the consequences if they murdered the future US president on Brazilian soil? Who is the mysterious killer, the man behind the codename "Xstranho"?

This will be the harbinger of an unforgettable summer.
Live an exciting adventure full of intrigues and conspiracies that involves the entire national security force behind a mystery that threatens the nation.

Everything is perfect in this peaceful coastal city in southern Brazil, except for an international assassin hired to sabotage what may be the definitive meeting for the largest market deal in the Americas.

When a local delegate investigates two random deaths, and realizes that they have connections, it faces him with what may be the biggest threat Brazil has ever faced.

How to stop a murderer if the police authorities don't know his true face?

In Death in December you’ll find Xstranho, an international assassin, known for his actions and a face that the authorities could never identify. He never fails in his contracts.
Action & Adventure
Crime
Espionage
Mystery
Police
Political
Thriller