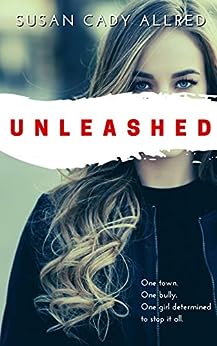 One Town. One Bully. One girl’s fight to stop the torment.

Seventeen-year-old Aleasha’s family is dead, and she blames herself.

She copes by withdrawing from teen-aged life and punishes herself with activities that isolate her from the rest of the world. After being attacked during an early-morning run, she discovers her father had secretly trained her to be a spy. Now Drew, an employee from the AGENCY has come to collect her.

Hoping to learn more about her father’s covert life, Aleasha joins the AGENCY and goes to a small town in Washington state where she’s tasked with attending a high school with an unusually high rate of suicides and ties to organized crime. But on her first day at school, she screws up her objective and lands herself squarely in the crosshairs of the person she was trying to implicate.

Aleasha is thrust into a world of danger, deceit, and destruction. When her entire team disappears, she must dig down deep, unleash her inner spy, and risk everything to rescue them.

UNLEASHED is the first novel in The UNLEASHED Series. It's a fast-paced romantic thriller will bully themes, a strong female protagonist, secret agents, and lots of great fight scenes. If you like the Alex Rider or Gallagher Girl series, you'll enjoy this teen spy series.
Action & Adventure
Coming of Age
Contemporary
Crime
Mystery
Romance
Suspense
Thriller