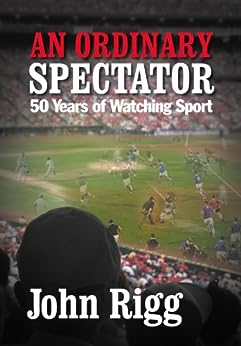 It is August 1961 and a 6 year-old boy, sitting on his father’s shoulders, is watching a rugby match in south Leeds. He is immediately hooked on the experience of the sporting event, viewed live and in the flesh…

…Fast forward to August 2011. A man in late middle age is watching another rugby match.

John Rigg has been an “ordinary spectator” – not only of rugby (league and union), but of football and cricket and a range of other sports - for 50 years.

AN ORDINARY SPECTATOR: 50 YEARS OF WATCHING SPORT presents a unique perspective on why live sport is compulsive viewing.

Through its “Seven Ages of Watching Sport”, the book aims to be far more than a simple “I was there” catalogue of sporting events – major and minor – over the last five decades. Rather, it offers some perceptive insights into what we derive from sports spectating and - from an individual’s perspective - what watching sport tells us about ourselves.
Sports Outdoors 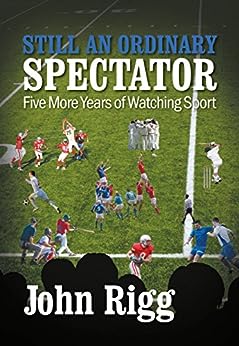