The Good Know Nothing 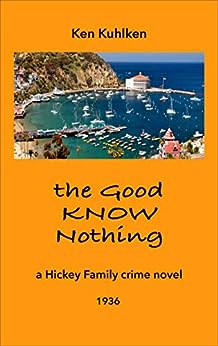 During the summer of 1936, destitute farmers from the Dust Bowl swarm into California, and an old friend brings L.A. police detective Tom Hickey a book manuscript, a clue to the mystery of his father Charlie’s long-ago disappearance. Tom chooses to risk losing his job and family to follow the lead, though even his oldest friend and mentor, fellow detective Leo Weiss, passionately opposes Tom’s decision.

In his relentless effort to find out what happened to Charlie, Tom lures the novelist B. Traven to Catalina Island and accuses him of homicide. Traven’s tale is that the Sundance Kid, having escaped from his reputed death in Bolivia, killed Charlie.

Tom crosses the desert to Tucson, pursuing the legendary outlaw. En route, he meets a young Dust Bowl refugee intent on avenging the enslavement of his sister by an L.A. cop on temporary border duty in Yuma. Tom frees the sister, delivers the boy’s revenge, and becomes a fugitive, wanted for felony assault by the L.A.P.D., his now former employer.

What he learns in Tucson sends Tom up against newspaper baron William Randolph Hearst. He hopes to enlist Leo before confronting Hearst. But Leo reveals the reason he’s tried to keep Tom from investigating: evidence that Tom’s father was hardly the gentle fellow his children believed. 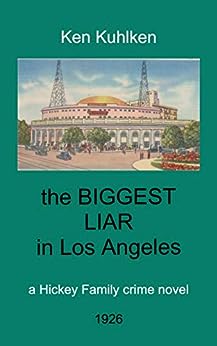