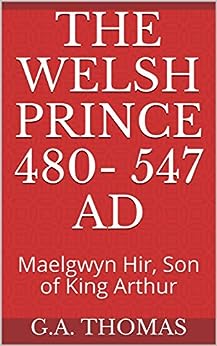 The story begins in King Arthur's strong but beautiful Romanesque Castle at Deganwy, built with granite for strength from Penmaenmawr, white marble for beauty from Anglesey, this stunning yet powerful castle was luxurious and included Roman Bathrooms and underfloor heating, as befitted the Pen Dragon Line. For fifteen hundred years tales have been told about King Arthur's son Prince Maelgwyn, of Deganwy Castle, Llandudno, North Wales. They were descendants of the Pen Dragon Line who had established the Gwynedd royal family, one of the greatest royal dynasties of Wales and the whole of Briton. These tales have been copied and repeated, without investigation. I think Prince Maelgwyn was wrongly accused of murder; my novel looks at his situation from a different angle, fact joined together with fiction, could this be what really happened to him?
Historical
Action & Adventure
Mystery