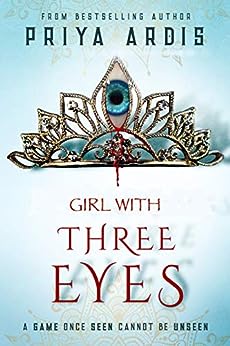 She would hate her third eye less if it actually gave her specialpowers. But when a killer threatens the kingdom, will she risk her freedom?

"Ardis...draws readers in... The result is a well-paced story thatdelights without disappointing" --Kirkus Reviews

Sixteen-year-old Kiraputs on a show about having empathic abilities, but she miraculouslywakes a highborn boy from a coma after a near-fatal accident onmountainous slopes. When his father threatens to expose her "magic" tothe queen, she attends the kingdom's most elite academy as a bodyguard.

Soon, she's immersed in a strange new life--one of being asimple student trying out for the school's skyboarding team. Her fakelife becomes the life she's always wanted, but Kira cannot escape whoshe truly is. Nothing in the court of the Raj is as it seems...Will she risk her freedom to unmask a killer before the crown falls?