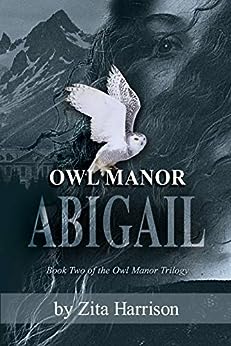 In 1870, Abigail fled the horror of Owl Manor with her fiancé, Peter. But she carried with her the terrible notion that she is unworthy of love, instilled by her reluctant mother. If her own mother could not love her, how would anyone else?

She trusts no one and keeps herself buried in a crypt of churning emotions, away from the world. Deep inside, her soul screams at the thought of dying alone and unloved.

Now she is back. Abandoned at the altar, and with nowhere to go, she returns to Owl Manor. Thus begin the nightmares of violent rage and destruction, ghostly images.

What really happened 14 years ago?

Enter Victor, the complete opposite of Peter, yet frighteningly familiar at times.

And the owls circle the sky once again.