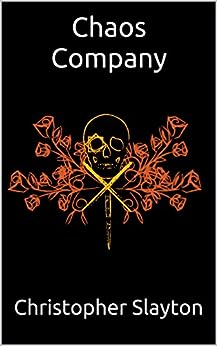 The highly effective team of super-powered soldiers code-named Chaos Company has returned to the United States to be commended for their bravery. While on leave the team finds themselves at odds with the highly dangerous mercenary Liam King, who has been contracted to assassinate President Jennifer Grey. Chaos Company thwarts Liam’s attack, but at the cost of team leader Tyler Young’s life.

With their leader killed the team looks to Desmond Striker to guide them in a hunt for Liam. During their hunt the team will find themselves in the cross-hairs of a private military company and have their abilities pushed to their limits. Before Chaos Company finally comes to blows with Liam they will discover that their greatest threat is a leader within their own country.
Action & Adventure
Fantasy
Science Fiction
Thriller