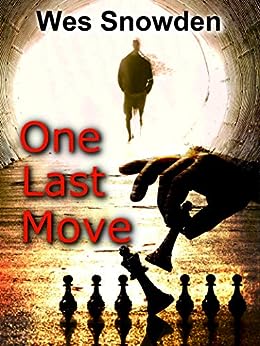 After his business partner commits suicide under mysterious circumstances, Doctor Lawrence Rosewood is unwittingly thrust into a desperate battle to stave off a consortium of criminals who have set their sights on gaining an unwelcome foothold in his Golden Ages chain of retirement homes.
At first glance, it appears to be just a normal takeover attempt, but when their sinister motivations behind the unsolicited move become apparent, the psychological chess match between Larry and his opponents turns deadly.
Rosewood’s predicament worsens when he discovers that Ted Villeneuve, his best friend and business partner, has committed a crime that could cause their empire to disintegrate beneath his feet.
With his business and love life in disarray, Larry meets a young man afflicted with a rare genetic condition. Their instant friendship provides Doctor Rosewood with the inspiration and assistance to turn the game in his favor.
ONE LAST MOVE is a fast-moving suspense-filled tale, guaranteed to make you want more. The plot is intricate but cohesive. Rosewood’s last move turns out to be an unexpected stroke of genius, bringing the fast-paced story to a satisfying conclusion.
Good reading for mature readers.
Action & Adventure
Crime
Mystery
Psychological
Suspense
Thriller