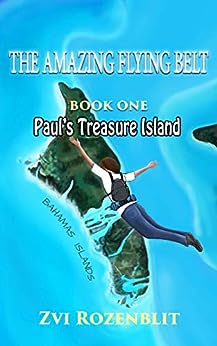 The book series of “The amazing flying belt” tells you the reader, the amazing and wonderful adventures of Henry and his teenagers’ sons Tim (17), Din (16), and Paul (18).
How they became rich after having endured bad experiences.
Chased by cruel enemies around the world who wanted to rob them.
How did they survive it?
Using Henry’s magnificent invention of “The amazing flying belt.”
Henry envisioned and designed a kind of machine that would be light and small enough so it could be worn on the waist. It would be full of tiny electronic and mechanic devices to enable one, or a maximum of two people to fly unlimited distances at different velocities and heights
It would be powered by a special device that converted the sun’s solar energy into electricity. The user would never need to worry about any fuel for the flying belt.
For balance, the belt generated air pockets around the user to allow him to sit, stand, or lie down while flying. Another crucial device was a special container tied on each side of the belt that pulled out and accumulated the moisture from the air, even in arid conditions (this worked more slowly than in humid countries.)
It had many more devices - complicated and difficult to understand.
Henry and his sons’ adventures with “The amazing flying belts” are told in this book and the following books.
This is the first book – Paul’s treasure island.
Action & Adventure
Coming of Age
Contemporary
Fantasy
Mystery
Suspense
Speculative
Science Fiction
Thriller