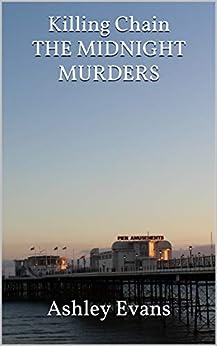 "The seaside town of Worthing is about to be horrifically scarred. Seven young women are found murdered in callous circumstances, always at midnight. Officially, the Midnight Murders went unsolved. Through a campaign of blackmailing and framing innocent people for the murders, the killer managed to disappear and leave the police baffled. The truth behind the murders, however, is just as disturbing and twisted as the killings themselves. DCI James Heller must get to the bottom of the killings, but it won't be an easy feat. Facing obstacles from his superiors and possible dismissal due to his maverick techniques, Heller's past also begins to haunt him. Will he manage to uncover the truth behind the murders?"
Crime
Detective
Paranormal
Police
Thriller