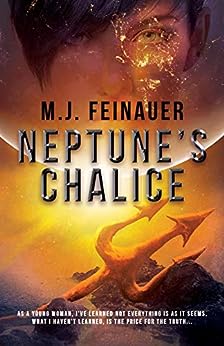 It is the mid-twenty first century. The world is recovering from what scholars will refer to as the “Jihad War.”

Nations of the world united to bring a permanent end to radical terrorism. The unification of the nations has also given birth to the popular concept of a governing “World Union,” in which the United States intends to be a major player. The timing could not be any better. A presidential election year is on the horizon and a faceless rouge element is committed to having one of their own in the White House.

There were extreme losses of life and property in the concentrated battle theater of the Middle East.

The leading nations of the world emerged victorious over the oppressive extremists that threatened the civil and moral fabric of modern society. The high price of victory was unavoidable.

Nuclear weapons were used in order to bring the destructive war to an abrupt end.

The United States found itself as the sole military and financial leader of the world’s war against the radical terrorists. The war’s length lasted far beyond what had been predicted, diminishing many of the United States resources specifically, its wealth. Bringing the proud nation to the brink of bankruptcy.

Radiation from the nuclear weapons contaminated 85% of the water supply in the Middle East and large amounts were now being detected in the Atlantic Ocean.

A private and well-funded individual has been anticipating a catastrophe such as this, and has spun a web so delicate, its victims don’t realize they are trapped until it’s too late. She has assembled the best minds in order to develop a device that would instantly purify polluted and contaminated water.

Neptune’s Chalice by M.J. Feinauer is a 5 Star – Must read book which has received rave reviews from Amazon readers and reviewers.
Dystopian
Political
Suspense
Thriller