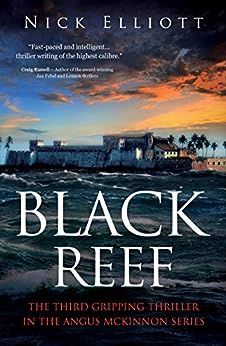 A SHIP’S CAPTAIN IS FOUND HANGED IN HIS CABIN.
SUICIDE OR MURDER?

Marine claims investigator Angus McKinnon is assigned to the case, but when he discovers a falsely declared cargo of military equipment in the ship’s holds, alarm bells start ringing in the intelligence world.

What looked routine becomes a perilous mission to thwart a coup d’état that will pit two global superpowers against one another, while a secretive bank with Nazi gold glimmering darkly in its vaults attempts to derail the investigation.

And as questions and misgivings mount, what motivates the beautiful Mariana da Cunha to help Angus in the troubled land of her birth?

From the Atlantic Ocean to the jungles of West Africa and a final face-off in the vast emptiness of the Sahara, McKinnon must finally join with a daunting array of military resources, and marshal his own wits to bring down a psychopathic war criminal and those playing him as their proxy.
lease enter manually
Action & Adventure
Crime
Espionage
Suspense
Thriller 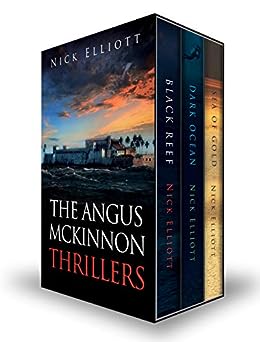