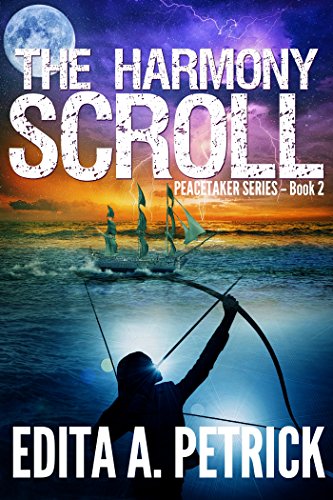 A history buff and an FBI contractor are searching for a mysterious scroll that a few unreliable historians documented across the centuries. It is rumored the scroll has the power to remove the curse hanging over the head of a young child.


The incantation seared into the gold or calfskin scroll (no two historians can agree on the medium) is a powerful tenet, thought to be capable of removing all curses, ancient and modern. Stella clings to her belief that she’ll be able to find the lost scroll. After all, if a certain amulet can transform an otherwise normal eight year old into the Fourth Horseman of the Apocalypse, it’s only a matter of time before another unscrupulous historian appears on the scene, eager to make a profit from the child’s misfortune. The last time young Gabriel Kraft was used as a tool of destruction, Carter was still able to remove the foul artifact from the boy’s neck. Next time may not be so lucky. The scroll may be lost in history, but Stella knows it exists and that is good enough for her to set out on yet another dangerous quest.
Carter thinks she’s being insanely optimistic, but follows in her footsteps because more than one life depends on his protection. He’s not entirely sure who or what the little boy Stella adopted is, but as a father who lost his teenage daughter to tragedy, he sees a child holding on to his mother’s hand.
Action & Adventure
Fantasy
Mystery
Psychological
Suspense
Science Fiction
Thriller