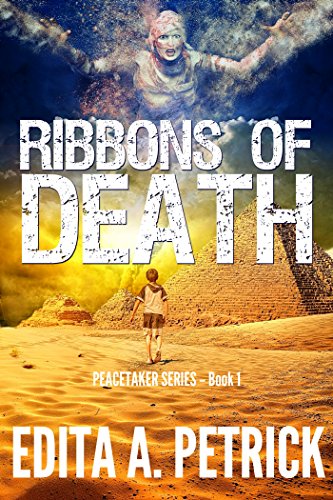 Carter is a man who lives for his work. The more dangerous, the better. The more remote, ditto. Anything that’ll keep him on the move; anything that won’t leave him a moment free to reflect on what he gave up, and what he lost due to neglect.
He’s the one that Special Agent Vernon Saunders calls, when he needs a precision tool to remove what threatens the security of the citizens. He’s the one he sends to have a chat with US diplomats overseas, about any alarming developments in their part of the world.

Then suddenly, those alarming developments move stateside. The problem lands on Carter’s shoulders. His directive is simple. Find the source of deadly riots that are sweeping the country—and end it all. The vicious riots, however, have no source, no reason, no focus. They just erupt spontaneously and leave streets littered with bodies. Carter is forced to seek help from the most unlikely source—a reclusive historian who is hell bent on saving something that shouldn’t exist in the first place. She claims the solution to the growing crisis lies in searching through ancient myths and legends. But how do you put in a report to your boss that an ancient curse is ravaging the population, and that the riots will not stop until the one who was seeded with this curse is dead—or that the civilization is doomed if nothing’s done and quickly.
Action & Adventure
Fantasy
Suspense
Science Fiction
Thriller
Historical
Mystery