One: Rage Vengeance Murder (A Path of Deception and Betrayal Book 3) 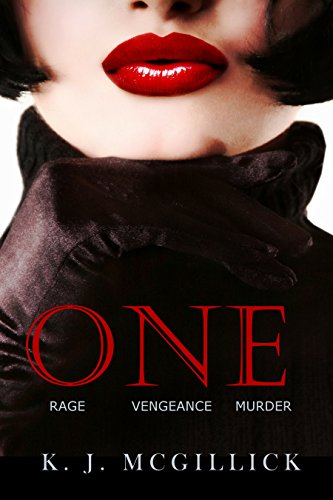 Rage and vengeance is born from a stolen life. A Faustian bargain ends in murders filled with malice.

Dr. Adrien Armond and Azar Abed, two treacherous people are on a collision course that could have catastrophic consequences on a global scale. As their personal revenge collides with a bio-terror plot set to crash the world’s economy, darkness will spiral into an abyss of darkness.

Azar Abed demands revenge for the life that Dr. Adrian Armond stole from her. No matter what the cost. Adrien Armond will stop at nothing to recover the massive fortune Azar Abed embezzled from him. Neither will walk away until the other is dead.

Who will kill who first? Will it be enough? To stop the bio-terror plot to destroy the world’s economy, will anyone have enough humanity left even to try?

Set against the backdrop of Washington, DC, ONE is a heart pounding-psychological thriller in a cat-and-mouse game where vengeance is the only prize. ONE can be read as a standalone, or as the conclusion to the events begun in its predecessor, TWO. ONE Rage Vengeance Murder concludes the Path of Deception and Betrayal series.
Action & Adventure
Contemporary
Crime
Detective
Mystery
Police
Psychological
Suspense
Thriller