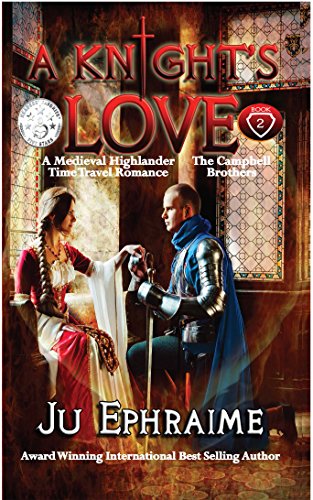 Fighting alongside his two brothers, Garvin Campbell of Clan Campbell is content to remain in the shadows. After all, he’s lived most of his adult life as a Knight Templar, and that requires him being in the shadows, not seen or heard. “Non nobis, Domine, non nobis, sed Nomini tuo da gloriam; (Not unto us, O Lord, not unto us, but unto thy Name, give glory).” That was the rule of the Templars until they were forced to disband at the request of King Philip IV "the Fair" of France. Many of the Order's members in France were arrested and tortured. However, Scotland did not get involved in the arrests and prosecution of the Knights. There was no recognized king of the Scots, and with the Bruce having already been excommunicated, the Roman church had little say in Scottish politics, so Garvin returned to his clan to use his skills in the fight against the English for Scottish independence. Having been told all her life to avoid the Campbells, the last thing Lady Helen is thinking about is falling in love with a Campbell, and a Knight Templar at that. She is aware the Templar Knight has taken a vow of abstinence, so when Garvin Campbell comes to her clan to deliver the decree from Robert the Bruce, Helen is unprepared for the connection she immediately feels for the knight. She dismisses it as butterflies at meeting a knight, but fate has other plans for her and Garvin, as he becomes her reason for living and he forgoes his training of remaining in the shadows as he surrenders to love.
Historical
Romance