The Popish Midwife: A tale of high treason, prejudice and betrayal 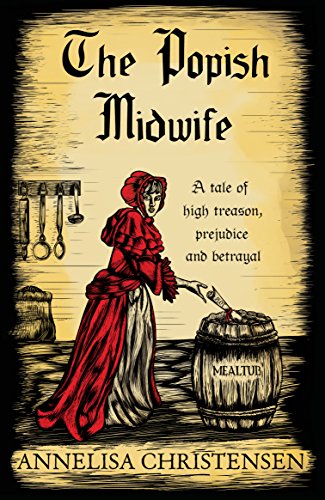 In seventeenth-century London, thirteen years after the plague and twelve years after the Great Fire, the restoration of King Charles II has dulled the memory of Cromwell's puritan rule, yet fear and suspicion are rife. Religious turmoil is rarely far from tipping the scales into hysteria.

Elizabeth Cellier, a bold and outspoken midwife, regularly visits Newgate Prison to distribute alms to victims of religious persecution. There she falls in with the charming Captain Willoughby, a debtor, whom she enlists to gather information about crimes against prisoners, so she might involve herself in petitioning the king in their name.

"Tis a plot, Madam, of the direst sort.'

With these whispered words Willoughby draws Elizabeth unwittingly into the infamous Popish Plot and soon not even the fearful warnings of her husband, Pierre, can loosen her bond with it.

This is the incredible true story of one woman ahead of her time and her fight against prejudice and injustice.
Crime
Historical
Political
True Story
Biographies & Memoirs
Families
Grief & Bereavement
Law & Legal Procedures
Religion & Spirituality