Against All Odds (Brainrush Series Book 7) 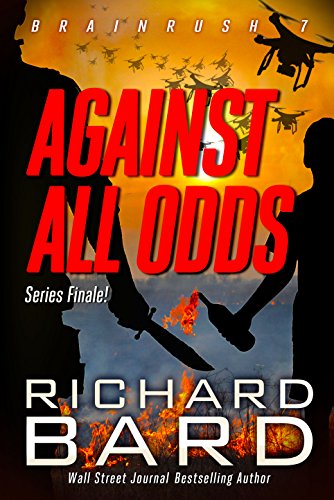 In this conclusion to Richard Bard's popular Brainrush series, Jake Bronson's family and friends face their biggest threat ever. The startling challenges revealed in No Refuge (book 6) are coming to a head, and the team must wrest every resource available to them in hopes of preventing a terror-driven cataclysm unlike anything America has seen.

But the menace from within America's borders pales by comparison to the global threat revealed to 8-year-old Alex Bronson in a series of otherworldly visions. And Alex isn't the only one targeted by the mind-bending revelations.

The stakes are higher than ever. The fates of America and the world hang in the balance, and Jake Bronson's family and friends must risk everything to tip the scales against evil.