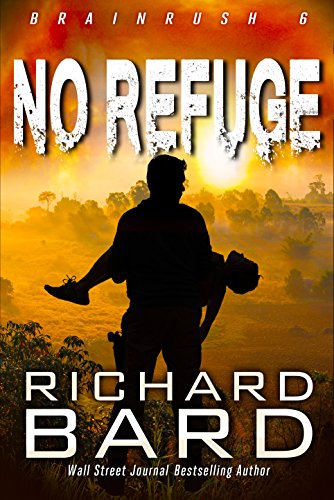 The Wall Street Journal #1 bestselling author Richard Bard, who entertained fans with his wildly successful Brainrush thriller series, now unleashes the heart-pounding series finale in a two-book ride that will take your breath away.

Jake Bronson's family and friends are mourning him. They'd watched as he sacrificed himself so their lives could return to normal. But normal wasn't to be. The megalomaniac whom Jake had killed during his suicide assault left a legacy of videos that damn Jake and everyone associated with him, leading to a price being put on their heads, dead or alive. They go to ground, unaware their every move is being tracked by a new breed of young, tech-savvy jihadists about to unleash vengeance on America's homeland--with Jake's family and the unsuspecting citizens of Los Angeles in their crosshairs.

As the jaws of the terrorist trap begin to close, Jake's eight-year-old son, Alex, faces a threat of his own. He carries a deadly secret that endangers the world, and now that his father is dead, Alex is the only one who can deal with it. He slips away to heed the call of unearthly visions that demand his presence, and his journey draws him to the back alleys of Bogota, Columbia, where he encounters a group of terminally ill orphans. One of their siblings has been abducted by child traffickers. Alex can't ignore their cry for help, and the unlikely alliance plans a nothing-to-lose rescue mission that has little chance of success.

But the bloodthirsty outcry against Alex's family and friends reaches beyond those who wish them harm, as do the visions that reveal their dark secrets to Alex. Help is on the way...