The Excavations: A History of the End of the World. 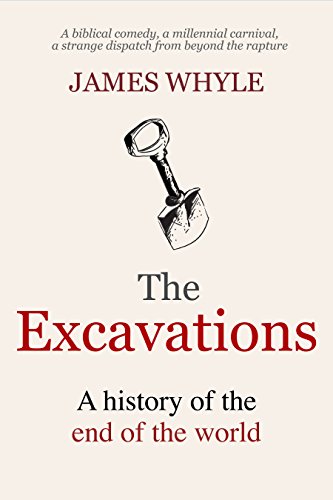 "A biblical comedy, a millennial carnival, a strange dispatch from beyond the rapture."

Jack Delfan is an unwitting Noah who has turned his back on the world of men. He lives in an oil tanker in a sea of sand. He believes in digging. When a son, Hob, is delivered to him, Delfan teaches the boy how to use a spade and read the book. Delfan is a difficult father and refuses to tell Hob who his mother is. Then the Gcwi come.

Hob and the Gcwi set out on a quest to find Hob's mother. It is a journey that is destined to break Hob's heart. There are times when a broken heart is what it takes.

The Excavations is coming of age tale which delves into the history of the world, and into its future. It is a prophecy of what will come if we fail to confront the results of climate change and imploding capitalism.

Can also be an instruction: