The Book of War 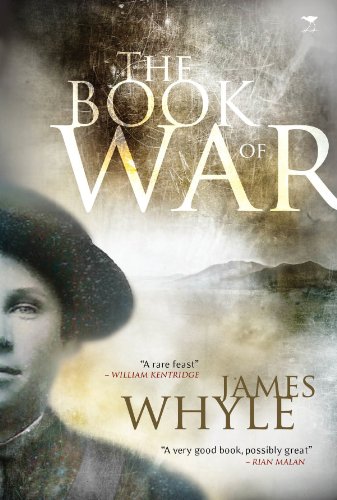 James Whyle takes on the war genre with an eloquent narrative and a command of language and style that captures the fragility and bleakness of the time. There is no doubt that Whyle is a masterful storyteller.

The Book of War tells the story of a boy who comes to manhood in a war. William Kentridge has called it, “a rare feast”, and Rian Malan, “a very good book, possibly great.”

An illiterate European child is stranded on the southern tip of Africa. The British and the Xhosa have been spilling each other’s blood for eighty years and the kid signs up for the conflict in the hope of steady meals and a few shillings a month.
Action & Adventure
Coming of Age
Historical
Literary
Western