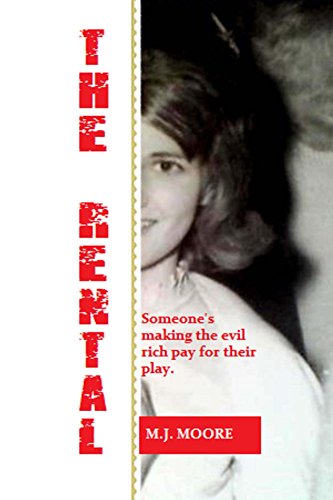 *The editing mistake noted in a previous review of this book - namely a chapter appearing twice - has now been corrected. My apologies to anyone who bought this edition of the book.* Cole Jensen is a hack who makes good money writing bad books about women - until another hack comes along and usurps him, and he finds himself bankrupt and homeless. He is taken in and given a job by Constance Morrell, an icily beautiful woman who feels she owes him a favour.

Now home is a pool house at the bottom of the garden of a mansion in the Hollywood hills. There are many perks to his new living situation, but there are also drawbacks, not the least of which is being expected to entertain the odd, sinister women Constance invites to her nightly soirees. Cole's disturbing encounters with these women give him the inspiration to begin work on the novel he's always wanted to write - a social satire on the nocturnal activities of the rich and bored - but with the party games getting darker and the guest list dropping by the day, Cole must decide whether artistic integrity is really worth dying for.
Crime
Horror
Psychological
Suspense
Thriller