The Complete Short Stories of Gary Troia: The complete stories from, Spanish Yarns and Beyond, A Bricklayer's 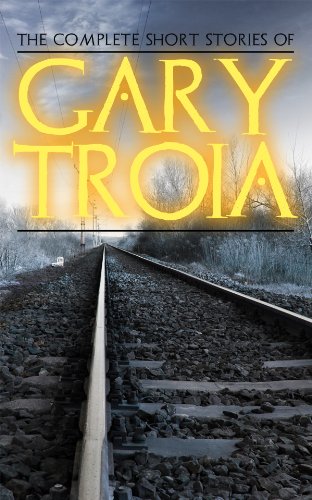 For the first time ever, this collection of short stories by Gary Troia brings together, in chronological order stories and memoirs from Spanish Yarns and Beyond, English Yarns and Beyond and A Bricklayer’s Tales into one complete volume.

Ray has three expensive hobbies: drinking, drugs, and running away. Without the income that Bricklaying provides, he would not be able to maintain his chosen lifestyle, so he compromises his principles and continues with his trade.

A collection of short stories and memoirs that include:

My Grandfather's Shed. The making of an English key

No Comb on the Cock. Gypsies, champion fighting cocks, and career choices.

What I Did In My Summer Holidays In 1000 Words. Could having an idea ever be considered a criminal act?

My Best Mate’s Head. Did a weekend of boozing save Ray from certain death?

The Shetland Isles. A trip to sunny Benidorm, a chance meeting with some Glaswegians, and a cold, miserable job in Lerwick.

Pointing a House in Islington. Too much alcohol and cocaine don't mix well on building sites!

Angel Dust. The peculiar story of a man whose new life in America leads to conversations with Ancient Greek philosophers

Return Ticket. Handcuffed and ready for deportation. A sad departure from the States

When I Joined a Cult. Sober dating as Ray discovers religion.

Teaching Other People. The grass is always greener-the escape from bricklaying.

A Week in the Life of Ray Dennis. With the prospect of no money for food or alcohol this Christmas, Ray has to find work quickly.

Catania. A meeting with a Sicilian fox, some Neapolitans, and a man with a camel haired coat.

Advert In The Art Shop Window. Will a new building job in Spain be the start of a new life?

Gaudi. A flight to Barcelona for a kebab, and a look at the Sagrada Familia.

The Day My Soul Left Me. "To be or not to be? That is the question"

How Not to Travel to The Alhambra. Hung-over, the wrong fuel, the car breaks down. Will they ever make it to Granada?

The Road To Ronda. A terrifying drive to Ronda, was it worth it?

Poking A Carob Tree. A new home and new neighbours, just in time for Christmas.

Home From Home. A parallel world where the Spanish have taken over Weymouth.

Three Common Carp.An epic battle with a whale and marlin it is not.

Mrs. McClintock. An absurd farce in which a Glaswegian couple retire to Spain

The Unchangeable Chameleon. Can a leopard change it's spots?

A Bricklayer's Tale. The story of a disillusioned, alcoholic bricklayer