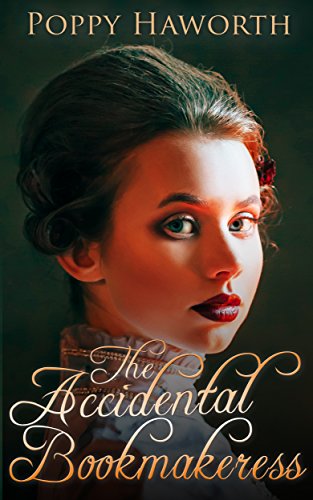 A blend of fact and fiction this moving yet heartwarming book set in the late 1920's early 1930's, follows the challenges Marie faces when widowed with three teenage daughters to support. Thrust into a man's world in a new neighbourhood, how will the family fare? The book is based in north Manchester and a Lancashire market town.
The Accidental Bookmakeress revolves around family, people and events that happen in a Manchester community, where Marie, the Accidental Bookmakeress, works and lives with her three teenage daughters, her position at that time being quite unusual.
As time moves on, Marie and her daughters together with some friends invest in a dilapidated country hall with stables, this being close to the family farm where one of their friends lives. Whilst visiting a county show he rescues two mares from a cruel owner who was about to sell them to a glue factory agent. Surprisingly the mares are in foal, the colts being sired by the Native Indian stallions who were stars in the wild west show performing next to the county show's livestock market, from where their mothers were purchased. When born the foals don't fit the usual profile of race horses, but as they grow it soon becomes clear to everyone how incredibly fast they are. The family and friends become well liked in the country by farming folk and eligible estate owner alike. The book continues to evolve, to include moving, heartwarming and exciting events that happen, not just in the Manchester area, where Marie lives and works during the week but also in the country community where she, and her three daughters spend their weekends.
Chick-Lit
Historical
Romance