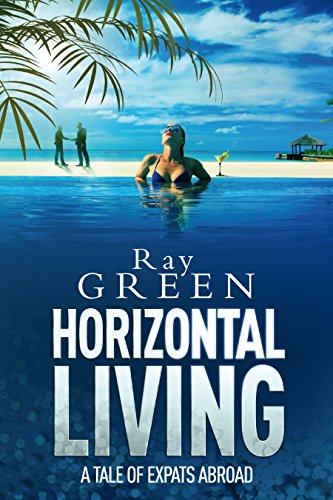 "Mediterranean Noir with a comic twist."

Roy Groves has led a colourful career in business, during which he battled with corporate politics, deception, and even vicious criminals. But now Roy has retired and he is looking forward to a quieter life. He and his wife, Donna, have bought an apartment in an exclusive development on Spain’s Costa del Sol.

He soon learns, however, that there are financial problems: the community is, in effect, bankrupt. Roy is persuaded to take on the role of president of the community, confident that, with his extensive business experience, he should easily be able to sort things out. It soon becomes clear, however, that nothing is as simple as it seems.

As he tries to come up with a rescue plan, Roy discovers that a poorly-constructed retaining wall has begun to collapse, threatening the development with a landslide. And this is just the start …

As the problems mount up, one after the other, Roy becomes entangled with an astonishingly diverse cast of characters: the devious building developer; the vengeful former President; the Russian prostitute, and her mafia minders; the deranged Middle-Eastern doctor; the devastatingly glamorous French girl who moves in next door; and many more ...