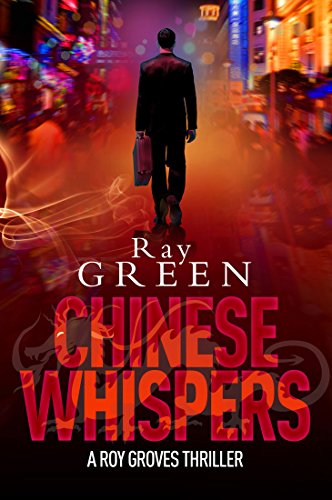 "The third instalment of the Roy Groves story sees Ray Green also continue his impressive evolution as an established author. This particular episode includes the usual business-like themes featured in the first two books, but with an added injection of adrenaline-pumping, thrilling adventure ... "

Chuck Kabel is on a business trip to China, visiting the factory to which his UK-based company subcontracts the manufacture of its products. He unexpectedly collapses and dies at the airport before he is able to report on his visit. When the Chinese authorities are evasive about the exact cause of death, the suspicions of his boss, Roy Groves, are raised.
Roy decides to investigate further; it soon becomes clear that there are serious financial irregularities within the Chinese company, and that dark forces are in play, intent on ensuring that these do not come to light. When Roy edges closer to uncovering the truth, he is warned off but refuses to back down, unaware that he is about to confront the Chinese Mafia, who will stop at nothing to achieve their objectives.
When his own family are targeted by his opponents, Roy embarks on a desperate battle to protect them, now well aware that if he should turn to the police their lives will be in even greater danger.
Chinese Whispers is a frightening tale of organised crime and the way in which it uses and abuses legitimate business for its own illegal purposes, relentlessly destroying the lives of anyone who stands in the way.
Action & Adventure
Mystery
Police
Suspense
Thriller
Business & Investing