The following represents all books currently listed within the genre, Photography: 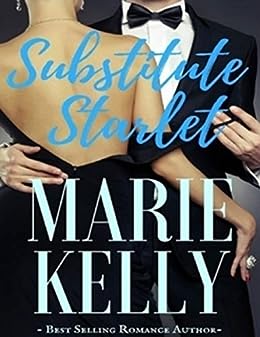 1
Tune Up: The Secrets of Mylin - Book I Joe Klingler

On their second case, Qigiq and Kandy are loaned to the Traffic Division to investigate an early morning accident. Hit and run. By a motorcycle. The victim is an elderly Asian woman. A young witness in a nearby dry cleaner and a truck driver suggest all “accidents” aren’t created equal. Then the Captain drops a new assignment on their desk: an affluent Bay Area lawyer is missing. The man’s wife stomps into their office screaming about a contract she found hidden in the backups of their home computer. A contract with a seven-figure payout, and an incriminating Exhibit A.Following the trail of both the motorcycle rider and the lawyer with Kandy complaining, “We’re homicide detectives, there should be a body,” leads to a vintage motorcycle club called the Ton Up where lips are sealed, a yacht harbor on the coast where riddles run deep, and a midnight roadside confrontation that ends with a splash. As the trails twist they soon find that these people and places have one thing in common:A violist named Mylin. Who plays in an all-female orchestra called The Girls of the Orient. And, unbeknownst to her, is the subject of a fine-art photographer’s latest collection.From San Francisco to Mexico, the treacherous cliffs of the Pacific coast to the desolation of Nevada’s high desert, Tune Up moves like Kandy’s turbocharged Mini through a foggy landscape of false identities, fake romance, and frenzied chases, as Qigiq realizes one picture really can reveal more than 1,000 words.

In Photoshoot Wanted, Jamie shares with you the responses he had from 19 horny men from different age ranges. These include another young lad who wants to explore his sexuality with Jamie, a mature man wanting to take photos of Jamie having sex with men in a sauna, a former professional cameraman who as well as photographing Jamie wants to massage him then have full sex, and a friendly man trying to help Jamie find a job as a barman, go-go dancer, model, masseur, or escort.Join Jamie on his sexual voyage as he discovers sex toys, what really goes on inside a gay sauna, how to prepare for an interview at a top London gay club his introduction to bondage and preparing to end his virginity.