The following represents all books currently listed within the genre, Music:

CONNECTED is a speculative fiction thriller with touches of science and philosophy, which reached No.1 in Amazon UK's Bestseller lists for both Thrillers and Science Fiction within 5 days of release.

However, they are not the only ones to have seen the potential of this mind-altering video, and soon find themselves in a desperate race against time with gangsters from the shadowy worlds of sex, drugs, cyber-crime, and massively multi-player on-line gaming.

Tommy has boomeranged back to his parents residence and a dead-end job after too many years in college. As he looks squarely at his next decade of life his smartphone convinces him the time is ripe for a change. A gift from his grandfather provides the means, so he embarks on the path of blues artists and beatniks before him—and hits the road.

He immediately meets a damsel in hitchhiking distress who says her name is Mona. Her presence persuades him that the bright lights and dark clubs of Chicago might be his kind of town. So on a summer Saturday night they settle into a fancy hotel overlooking the beaches of Lake Michigan.

But she leaves behind more than a sweet memory that involves Tommy in a brand new cash flow problem he never imagined. While trying to sort out how to stay on the right side of the law and get back on the road, he meets a young criminologist who helps him, a DJ who doesn’t, and a librarian who teaches him about the city, women, and the art of the makeover. After truth and lies are stirred like a blue martini, being assaulted by a pink monkey, and witnessing a drive-by shooting that drowns a Ferrari—Tommy is desperate to help Mona.

If he can find her.

Yellow Rose of Texas is an adventure story, a love story, a spy thriller, but it is also a lesson in Texas history, abolition of slavery, and conflict between the whites and Comanches. The book also expresses the deep-set convictions of Southern gentry and clergy that rationalized slavery and justified treating people as property.
Yellow Rose of Texas is the historical fiction account of Rose, a quadroon slave born in 1814 on a Louisiana cotton plantation, sold to a representative of the Republic of Texas, trained as a spy, and placed into Santa Anna’s headquarters. She is recognized as a hero of the Texas Republic and continues to serve into the Civil War. There is romance, treachery, and ties with actual historical events. The story ends in 1865. It meshes with “My Love, My Enemy,” and can be considered a prequel.

0
A Slice of the Seventies: First book of The Mug Trilogy Joy Mutter 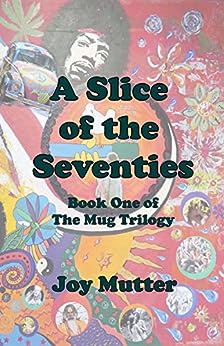 This first loosely autobiographical book in The Mug Trilogy tells the story of Jersey-born Mug, a troubled girl from a recently broken home. It covers her experiences as a sixteen-year-old girl at the Isle of Wight Music Festival in 1970, the same year that she follows a guru. It describes her tumultuous years as an art student in Coventry, where vegetarian Mug finds herself living next door to an abattoir and railway shunting yard with David, a fellow art student. Dramatic events follow on from the evening they meet at a student party, when Mug attempts to save David from attempting a very public drunken suicide attempt.

0
Tune Up: The Secrets of Mylin - Book I Joe Klingler

On their second case, Qigiq and Kandy are loaned to the Traffic Division to investigate an early morning accident. Hit and run. By a motorcycle. The victim is an elderly Asian woman. A young witness in a nearby dry cleaner and a truck driver suggest all “accidents” aren’t created equal. Then the Captain drops a new assignment on their desk: an affluent Bay Area lawyer is missing. The man’s wife stomps into their office screaming about a contract she found hidden in the backups of their home computer. A contract with a seven-figure payout, and an incriminating Exhibit A.Following the trail of both the motorcycle rider and the lawyer with Kandy complaining, “We’re homicide detectives, there should be a body,” leads to a vintage motorcycle club called the Ton Up where lips are sealed, a yacht harbor on the coast where riddles run deep, and a midnight roadside confrontation that ends with a splash. As the trails twist they soon find that these people and places have one thing in common:A violist named Mylin. Who plays in an all-female orchestra called The Girls of the Orient. And, unbeknownst to her, is the subject of a fine-art photographer’s latest collection.From San Francisco to Mexico, the treacherous cliffs of the Pacific coast to the desolation of Nevada’s high desert, Tune Up moves like Kandy’s turbocharged Mini through a foggy landscape of false identities, fake romance, and frenzied chases, as Qigiq realizes one picture really can reveal more than 1,000 words. 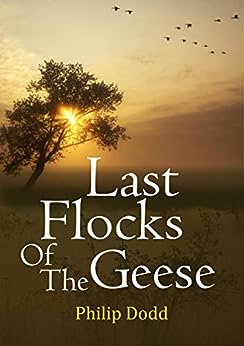 A book of clear verse. Geese migrate through its lines. Tall ships leave Liverpool Bay. An iceberg breaks free of Antarctica. Ivory burns in Kenya. The healing of the rift between nations is contemplated. An exhibition of Pre-Raphaelite art is visited. The crossing of the Rubicon is dared. Franz Kafka writes his tales. The spirit of T.S. Eliot revisits The Waste Land. Shakespeare drinks with his acting company. Autumn in Yerevan, Armenia, is mirrored. Utopia is mused on. Childhood is remembered. Love celebrated. Archie Leach sails from Bristol to New York. Matthew Flinders becomes the first man to circumnavigate Australia. Noah's ark moors on mount Ararat. The death of the last white rhinoceros is lamented. Weland the smith lifts his hammer. Hugh Minn finds an alien in his loft. Various other visions and inspirations are explored. Readers of these lines will hopefully find them worthy of study.