Who really controls the publishing industry? 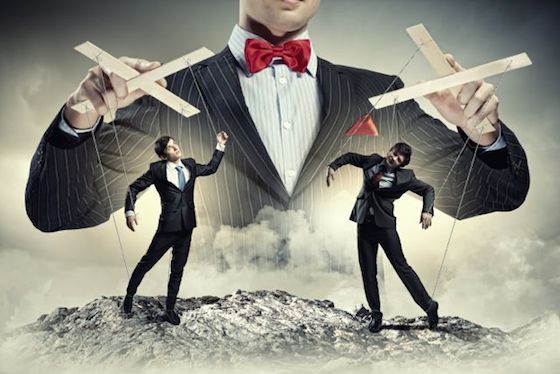 Talk about books to any almost any group of readers over the age of thirty and a good proportion will express some degree of nostalgia for “good old-fashioned paperbacks” or for the local book shops which not only sold them but gave advice and recommendations on what to read next. Some may even go further and blame Amazon for contributing to their demise – although that was probably as much to do with the emergence of large bricks-and-mortar chains such as Waterstones and Barnes and Noble as it was the Bezos-book-behemoth.

But would these significant changes have happened if readers’ money had gone where they say their love and/or nostalgia really is?

The situation is identical to the way supermarkets have been replacing specialist grocery shops in every high street in Britain since food rationing was finally abandoned in the 1950's. Although in hindsight it may not have been the best thing for local communities and their economies, it happened because those communities collectively chose the greater convenience, wider variety and lower prices offered by the supermarkets.

In exactly the same way, and for exactly the same reasons, it is we, the readers and purchasers of books, who have given Amazon their dominant market share. So while the publishing industry is riven by speculation and opinion about the current vituperative spat between Amazon and Hachette over the price of eBooks, it is we, the readers, who will ultimately determine the outcome.

So what can we – the READERS – actually do to influence the current situation? If sufficient numbers of us, upon finding our chosen titles unavailable for pre-order, turn to alternative retail channels in frustration, then Amazon will lose. If instead, inertia rules and we simply make an alternative purchase, then Hachette will lose. Based on this oversimplified analysis, it seems inevitable that Amazon will ultimately get its own way.

Ironically, Amazon's biggest threat is perhaps falling victim to its own success. As it grows, the task of selecting from the seemingly endless virtual aisles of what is now by far the biggest book supermarket in the world becomes ever more challenging. What's needed is additional guidance in the selection process.

The way grocery supermarkets have responded to this challenge is by introducing specialist meat and fish counters where human interaction is reinserted into our shopping experience. But since such an approach is unlikely to scale profitably for online shopping, technology must somehow take its place.

Readers in the Know attempts to address this challenge by matching readers' detailed reading preferences to the rapidly growing number of books in our database. Authors and publishers submit their books through a self-service portal and classify them using the same detailed criteria as found in the reading preferences. The books are then ordered based on how well they match each reader's preferences, displaying the correct Amazon links, pricing, and availability of editions, for every country where Amazon has an online store.

"It can be tuff there r so many new books coming out., l read about 2daily but too many are just formula books not saying much"