By Laurence O'Bryan (with an Intro from Simon Denman) 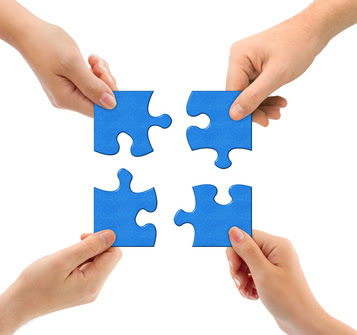 After a period of relative blogging silence following the launch of our Listen Inside Podcast in March, I'm very happy to once again be in a position to start sharing useful tips and insights in the field of book marketing.
Long overdue on this blog has been something on Social Media. This is partly because it's an area that I've yet to really master myself - at least as far as Twitter is concerned - although with over 17,000 fans for our Facebook page, I feel I might have finally got a pretty good handle on that.

So to fill this gap, I've turned to the founder of one of the latest additions to our Interactive List of Book Promotion Sites,
Laurence O'Bryan of BooksGoSocial.com and thebookpromoter.com, and who is also an author on this site:

Social media can be viewed as a series of puzzles. When, as a writer, you first start on social media it seems that everyone knows what you don't. The mysteries of social media are revealed slowly as you browse and experiment and learn. This post will explore some important pieces of the social media puzzle, of relevance whether you're new to social media or an old hand.

Puzzle 1. What are the goals of social media participation?

The first puzzle I'd like to explore is what are reasonable goals for social media participation? The reason this comes first, for me, is because how you answer this will affect every other social media action that you take.

If your goal is simply to increase sales of your books, then there will be a series of steps you need to take to build relationships with people who might be interested in reading them.

This would, however, be a very restrictive and stunted use of social media. It would be like installing a telephone in your offices and only using it for sales calls.

Every aspect of your work can be impacted positively by social media, if you let it. Research, industry knowledge, motivation and planning can all be helped by social media tools, which allow you to connect with people, listen and communicate.

You can also use social media as a creative tool as well as for all the above. It allows you to express whatever you want; your love of Tolkien or photography or Proust or Joyce or whatever.

Puzzle 2. Is social media a dog chasing its own tail, a self reinforcing bubble, or is it something that will last? 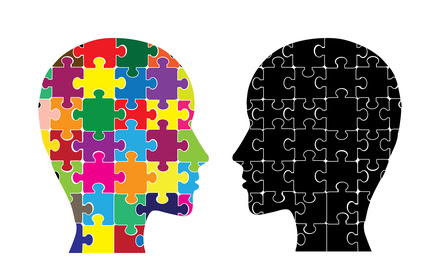 There has been a steady drum beat in the media over the past few years of Luddite criticism of social media. Some commentators claim that it is all a waste of time, that social media is banal and trivial and that it will all pass.

I don't think every Tweet or post is a symbol of progress, but there are enough positive ones, I believe, to make it obvious that social media is of benefit to humanity, overall, as a communication tool.

I do think there is a danger of over hyping social media, the way radio was over hyped in the 1920’s, with a large number of radio companies coming to Wall Street to sell shares.

But because many of those radio stations went bankrupt it doesn’t mean that radio was a medium set to die.

Radio was hugely important in the Second World War and since too. Rock & roll and the popular music revolutions of the ‘60’s and ‘70’s are just some of the things radio enabled. I believe social media will have a similarly important role in the decades to come for writers. We are now able to reach readers without the help of a publisher or a large inheritance. 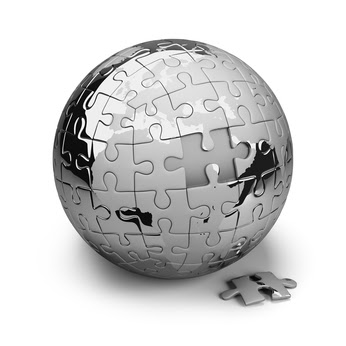 Puzzle 3. Could social media be an agent of change in our culture?

Social media could be as much an instrument of change as radio or TV was, influencing politics, popular culture and comedy to name but a few areas. Social media, like radio and TV, is a means of mass communication.

Google+ changes its look and feel, again. Twitter is used to assess the political mood and the likelihood of a stock market crash. Soon it will be used to predict riots and stock market rallies.

The impact on writers, forcing a more open and accessible personal style, is likely to have a long term effect on what writers create and how they create. And we are still at the beginning of this revolution.

Try searching for #socialmedia on Twitter and you will be assaulted by wave after wave of developments in social media. Every minute. No! Every second.

But where will all this lead us? I see four clear trends, each of which could have an impact on writers:

The visual web. Mobile video stream, Microsoft's HoloLens 3d headset and local YouTube feeds may allow us to travel almost anywhere and experience everything as ultimate-voyeurs. Expect artistic photojournalism, environments that change as we look at them, permanent people tracking, your visual life on a site, celebrity holograms at your local book store and rebranding sites that will let you see how you might appear with a few nicks and tucks when you win that big publishing deal.
Screens may surround us and allow us instant access to the thoughts and recommendations of other people, and even to see what they are seeing, to read what they are reading. We may eventually be able to piggy back onto other people’s lives through visceral monitoring, heart, sweat, body chemicals, leading to the manipulation of our own senses, but all that is far off. Whether we get there is another thing, completely.
The auto posting trend. Expect your phone to auto post your location to your life-blog and your audio feed to text tweets to Twitter. Going beyond that we may be tracked by location posting sites for curfew enforcement, remote working and spouse spying applications.Auto posts already make up a big percentage of the posts you see. That includes re-posts and posts simply made at a previous time. The question seems to be, not whether you should auto-post an update on what you are reading/researching, but why you think your followers will be interested in learning that? Perhaps we will have training courses and later, degree course in “deciding what to post” and “deciding what to listen to and who to follow”.
The digital chasm. The erosion of the middle class will lead to a divide between those of us who are fortunate enough to be able to pursue writing as a career and those who are not. Fortunately, writing well is not something you can easily outsource to the 3rd world. It requires a cultural dexterity, which can take decades to learn. Instant security services, auto-taser fencing and within-a-minute by drone-extraction from urban locations may all be our future. Security zones may extend to elite stores, clubs and hotels, all invisible to the rest of humanity by their anonymous exteriors.

Puzzle 4. How did we survive before social media (BSM)?

If my memory serves me we did just fine BSM. Sure, we had to wait to hear gossip, and read newspapers or magazines to find out what was happening around us, but we didn’t know what we were missing. The internet was initially about newspapers and selling or buying things and searching and we used it less (it was slow), and BSM we read more and spent more time watching TV, but I don’t think we were any healthier or wiser as a whole.

BSM we just didn’t know stuff. I can’t tell you whether it’s that important in the big scheme of things that we have intimate knowledge of each other’s lives, but I believe this social media trend is unstoppable now. It’s a genii that’s out of its bottle. And I don’t know what spell will make it go back in again, but it will have to be a powerful one.

The only thing I expect, which could impact our use of social media is disruption to our electricity supply.

And that would lead to a lot of deaths in our electric driven world. We will, I believe, be doing social media differently in the future, but I don’t think we are going back to the days BSM.

And yes, much of the above may not happen before 2020. So if you want to write about the near future, consider incorporating some of the above elements. In any case it will be your ability to tell a good story that will make or break what you write.

Luck still plays an essential role in all successful writing, but you do know what they say about luck; it’s better to make your own.

For me these are four of the biggest puzzles about social media. You may have other ones you think are more important. I hope you will consider sharing those with us below.

Please share if you have a puzzle. For me this is one of the most intriguing aspects of social media. How it is developing.

Some of the puzzling aspects of social media:

Laurence O'Bryan is an author, with three novels published by Harper Collins, and the Founder of BooksGoSocial.com a service to help authors get discovered. To see their book promotion services click here.