How to engage Amazon's algorithms to sell more books 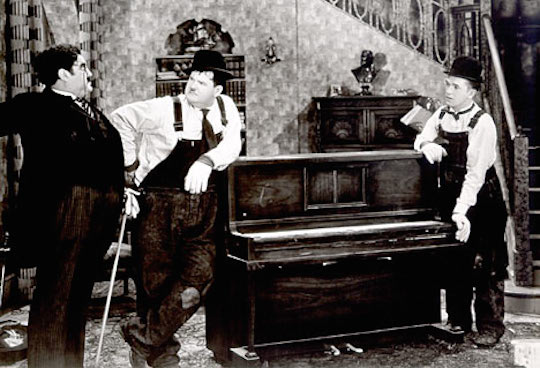 When you want to move a piano, you don't audition each of your neighbours in turn to see which one of them can move it all by himself, you ask a whole bunch of them to lend a hand and as a result, the lifting becomes easy.

Well, for reasons I'm about to explain, the same principal also applies to book promotions and yet the approach that many authors seem to take, is that of individual audition rather than collective assistance. Their logic is sound. By trying each book promotion site in turn, they expect to be able to determine which services have an effect on sales and which ones don't. Except this doesn't really work, unless one of your neighbours happens to be an elephant.

So why is promoting your book like moving a piano?

What you need to remember is that when you run a promotion and publicise it on any of the myriad book promotion sites (for a comprehensive interactive list of these sites, see here), your total (Amazon) sales will depend on 2 things:

This is because when it comes to increasing sales of your book, almost nothing you can do as an indie author will come close to the potential contribution from the Amazon algorithms.

Let's say you're running a Kindle Countdown Deal on one of your books and you choose to promote it here on Readers in the Know (by scheduling a promotion of type 'Discount'). Of all those whose reading preferences match your book's classification, let's say that 30 decide to check it out in more detail.

Of these 30, let's say 15 decide to click Buy Now and are sent to Amazon to complete their purchase. If this is an isolated event, you'll get just 15 sales, or maybe only 10 or 12 since a few may see something else they like better in the customers who bought this also bought this section just below your book. And while this one promo may already cover a good chunk of your membership fee for the whole year, it's hardly cause for celebration.

However, if you've promoted it on 5 other sites as well (for a full list of other sites, see here), all of which bring you 10 additional sales that morning, then Amazon's algorithm might just think, "hmm...50 sales in 3 hours...what's happening here? Let's show it to a few more customers and see if they buy it too." So you might actually get 80 or 100 sales that morning.
Now if that's it and you don't send any more customers their way, then the algorithms will loose interest and your sales rank will quickly drop back to what it was before (in fact your rank will be devalued by roughly 50% every 24 hours*).

If on the other hand, using a combination of some of the bigger more expensive sites, you send another 80 or 100 customers the following day, then Amazon's algorithms will see an upward trend and start to recommend it to even more customers. That day, you might get 200 sales and the longer you show them an upward trend, the more the algorithms will reward you.

Now you might think that this is all pure conjecture. After all, the details of Amazon's algorithms are a closely guarded secret and probably subject to frequent change anyway.

Well yes and no. In many ways it's a bit like trying to optimise a website to rank highly in Google's Search Engine Results Pages (SERPs). For years, web developers and Search Engine Optimisation (SEO) consultants have tried to outsmart Google using various shortcuts. For a while, these shortcuts would work and then Google would make their algorithms that little bit smarter so at best, they brought no advantage, and at worst, you would find your site penalised and suddenly ranking nowhere at all.

Anyway, to cut a long story short, although there are still some important dos and don'ts when it comes to website SEO, the most reliable way to get ranked highly now is simply to produce regular high-quality content that satisfies the highest possible number of genuine search queries. And if you can manage to do this, it will always work because ultimately, that is Google's goal, at least as far as search goes, to provide the best possible answers to people's search queries.

When you apply this same philosophy to Amazon's algorithms, you realise that whatever the specific details, their ultimate goal is to maximise the number of books sold. This means that they will always be aiming to recommend whatever books they think will sell most quickly and in the greatest number.

Starting with this high-level understanding of their goals, it's then possible to conduct various experiments to see what specific factors appear to influence the algorithms and how they do so.


So how do the algorithms actually work

Drawing on my own experimentation, as well as that of Wayne Stinnett and Robert Bidinotto, who recently posted both his initial campaign plan as well as its results here on this blog, we can deduce the following:


*The last 3 observations come from a very clever experiment conducted by Matthias Matting in which he actually created four new books, all derived from content taken from his website Selfpublisherbibel.de. By doing this, he was able to create uniquely consistent conditions in which individual factors could be tested one at a time. This is probably the best example yet of the scientific method being applied to book marketing and I really take my hat off to Matthias for doing so.


The effect of KDP Select

My only caution to Matthias' results are evidenced by the addition of (in itself) which I added to the first two of his points. My reason for this is that although within his controlled experiment, both price and enrolment in KDP Select had no effect on sales rank, I am pretty certain that if he were to engage the algorithms as described earlier in this post, then the titles in KDP select would in fact do better, and those with a lower price would probably do better still.

The reason for this relates back to the piano metaphor. Putting a book in KDP select has no effect on rank. In fact even running a Countdown Deal within KDP Select doesn't do a whole lot of good unless you also promote that deal through multiple sites such as this. However, when you do that and your sales exceed some critical level, Amazon's algorithms will not only show your book to more customers in the usual ways, but you'll also start to be featured in the various Kindle Countdown promotions pages, which can make a huge difference. And of course, when customers compare the various countdown deals, those with the lower price will (other factors being roughly equivalent) do better than others.

Of course the main argument against KDP select is its stipulation that you have to sell exclusively through Amazon. After all, even though Amazon is by far the biggest, most powerful outlet we have, why not increment your Amazon revenue with sales from other channels? And indeed a great many authors including myself are beginning to ask that very question. For me, the answer will depend on how well I can engage the algorithms for future KDP Countdown Deals.

Incidentally, one of the reasons I've kept the buy links on this site pointing exclusively at Amazon is so as not to dilute the effect of your campaigns on Amazon's algorithms. By offering a choice of retailers, quite apart from the complexity of doing this for all countries like we currently do for Amazon, the sales you'd receive from Apple or Barnes and Noble would obviously not contribute to the trends you want the algorithms to notice.

The last point about Kindle Unlimited borrows affecting rank immediately is particularly interesting. So although authors only get paid for KU borrows if the reader completes 10% or more of the book, there may still be some benefit even if they don't. This is because the increase it still gives you in sales rank will expose your book to more potential customers and therefore increase your chance of earning incremental sales.

Whether this small benefit is enough to justify keeping your book enrolled in KU though is still up for debate. Some high-earning authors are reporting large drops in monthly sales coinciding with the date their books were enrolled in KU, which suggests a high degree of cannibalisation. Then again for books priced at only a couple of dollars or less, that cannibalisation should make very little difference, and in some cases may even lead to an increase in revenue.

For a more considered account of the pros and cons of KU, I refer you Porter Anderson's excellent article, "Is the honeymoon over? KU comes between Amazon and its self-publishers" here.

What have you discovered? Do the above observations correspond to your own?
Please let us know via the comments below.

"We'll have to see if we can devise a plan to change that, Peter. I have no doubt your books can sell well and you have an impressive backlist that should also benefit from any campaigns you run on individual books."

"Thanks for putting this research together in an understandable package, Simon. These findings confirm what I've observed after enrolling in KDP and Unlimited and putting my fiction book on several promotional websites. While I understand why my ranking soars during a $.99 Countdown Deal, I'm often mystified as to why it jumps thousands for no apparent reason. I tend to believe it's better not to spend all my advertising budget on KDP Days, but to spread it out over several sites when my book is not at a reduced price. This practice appears to keep my ranking from being in the stratosphere."