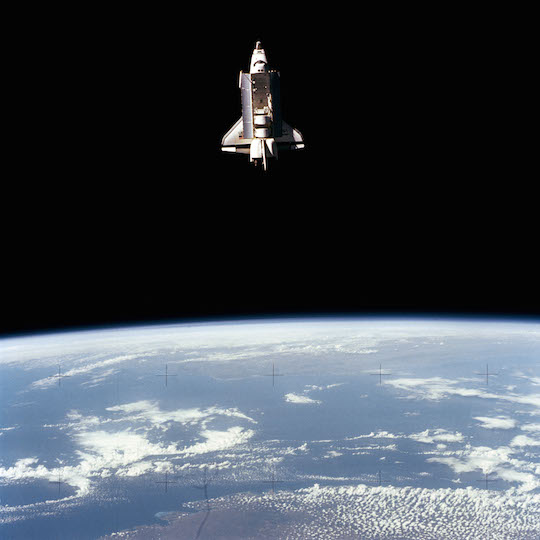 On November 13 I posted a guest blog here, describing a book promotion experiment I was about to conduct. I’m now back to share with you the results of that experiment, in the hope that other authors might find this useful in their own book promotional efforts.

Strategy
Build a sales campaign upon on an Amazon exclusive 5-day Kindle Countdown Deal (KCD), with three days of paid advertising ending in a Bookbub thriller list promotion (which boasts 1.3 million subscribers) on the third day.

Hypothesis being tested
That the Amazon ranking and recommendation algorithms reward a rising trend of ebook sales over several days, more than a one-day spike.

To further increase sales during this period, I also arranged advertising with about ten different book promotion sites, including Readers in the Know (this site) and Bookbub. Some of these rely solely on their websites and social media, while others (including this one) additionally send out email blasts to lists of subscribers.

By any measure, the campaign has been a stunning success.

The following table shows the number of sales and borrows, both for the promoted book - Hunter (book 1) and for Bad Deeds (book 2), which in spite of not being the focus of any direct promotion whatsoever, benefited enormously from the promotion of Hunter.
The area shaded in orange represents the 5 days of KCD. 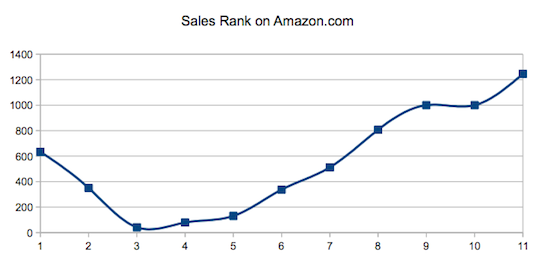 UK RESULTS
I’ve never previously sold many books in the UK—maybe half a dozen per month. During this campaign I used KCD, Readers in the Know (~43% UK), Bookbub, and Ebooksoda to reach the UK market. Here are the results:

That’s 151 paid units during the campaign, from a market that usually generates but a trickle of sales. I wasn’t paying close attention, but well into the campaign I saw that the UK Kindle rank for HUNTER was in the 500s. For days the book held down the #1 spot in the UK Kindle “Vigilante Justice” category, simultaneously holding #1 for that same category in the USA.

Did this promotion make money?

In October, I sold about 780 ebook copies of both titles combined. By contrast, this month I’ve already sold over 3600 copies of HUNTER and about 625 BAD DEEDS ebooks, or over 4200 total ebooks. During the first 12 days of November, prior to the campaign, I recorded 444 total downloads. That means about 3,756 of November’s paid downloads have occurred since the campaign began.
It’s hard to get precise royalty figures yet, because income from units “borrowed” through Kindle Unlimited is calculated later and separately from sales. But just my combined sales for both ebook titles this month—excluding borrows—have generated around $4,000 in royalty income, $3,000 of which comes from sales that have taken place since the campaign began. On the expense side of the ledger, all the ads and lists cost me around $740.
So these promotional purchases have paid for themselves, several times over. You can see that when royalties from “borrows” will be added in later, the promotion has proved to be lucrative.

As I write this, it’s the early evening of the seventh day after the big HUNTER promotional campaign ended. Today’s sales and borrow figures are on pace to approximate those of the past two days—somewhere around 100 paid downloads in total. Again, that is almost three times higher than the average daily numbers my books were pulling down before the campaign.
Of course, it remains to be seen how long the “tail” effects of this promotion will last, and whether, in coming weeks and months, my two books will settle in at daily sales levels higher than they were previously. If it does, then it would seem to confirm my hypothesis that Amazon algorithms do reward books that show rising sales trends, rather than one-day spikes.
But clearly, this kind of multi-day, KCD-based campaign can generate several thousand ebook sales—including higher sales and visibility for other books in a series. For that reason, it is best to promote the first title in a series. In fact, I would not bother trying this type of promotional campaign if you have only a single published title, or unrelated ones. If you do have more than one series book, I suggest that you do what I did:

If all runs on schedule and without serious glitches, you should attract thousands of new readers, gain higher sales and visibility for the targeted book and any sequels, and give your income a nice boost.

"Dear Robert, thank you so much for sharing this campaign! I am going to give it a try. I found it eye opening. Thank you again!"

"Good summary of your promotion efforts. I'll try something like this later in the year, after I have enough royalties to pay for the up-front costs."